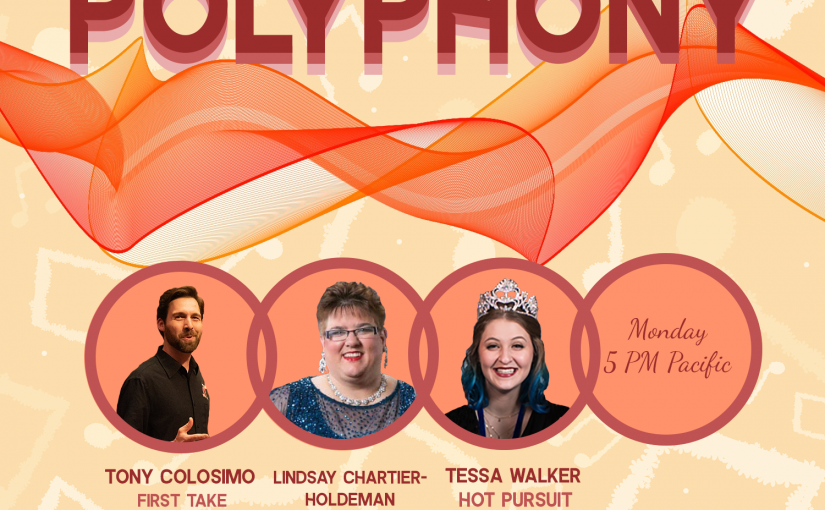 Polyphony visits with the barbershop crowd tonight in a conversation with Tessa Walker of Hot Pursuit Quartet, Lindsay Chartier of Titanium Quartet and Southwest Sound Barbershop Chorus and Tony Colosimo of First Take, Better Together Quartet, and The Alexandria Harmonizers. Listen in as they chat about the challenges and successes of quartets and choruses amidst the pandemic. Hear it at 8 pm Eastern/5 pm Pacific! 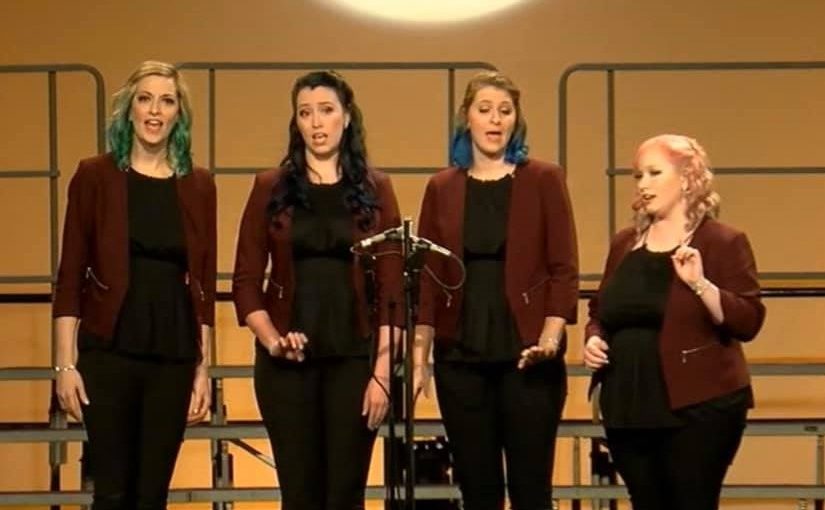 After two rounds of the Harmony, Inc. Quartet contest, Hot Pursuit topped 30 other quartets to become the 2019 Harmony Queens. This Area 6 quartet and 2018 Sweet Adelines Rising Stars charmed the audience, accepted a standing ovation and scored a record 81.5%.

The finals were filled with everything from classic ballads to moving uptunes, representing all of the best that Harmony, Inc. has to offer. While the results were tallied, the afternoon also highlighted the organization’s youth, with a fun, circus-themed performance by the Minor Chords and a swan song performance and presentation by the 2018 Queens, Aged to Perfection. Just before the new queens received the traveling crowns, Aged to Perfection was also presented with their permanent crowns, custom designed for them by Barbara MacIntosh.

Life’s A Pitch received the Image of Harmony Award for their service to the organization. As the highest scoring novice quartet, Resolution won the Findlay Plaque and SweetLife won the Accord Award for Most Improved. 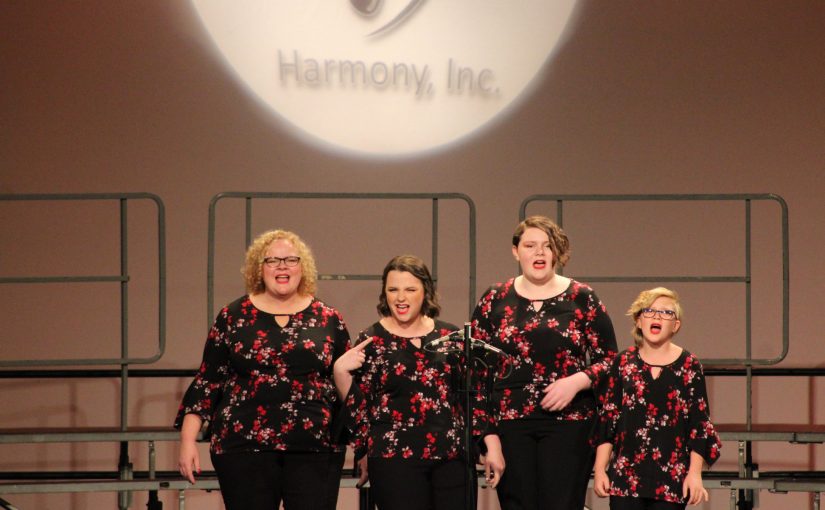 Each year, Harmony, Incorporated kicks off the International Contests with the quartet semifinals, making for a exciting start to a long weekend of excellent singing.

With powerful ballads, charming uptunes, and even a handful of well-done parody pieces, 31 quartets put their best on the stage, likely setting themselves up for possible record-breaking scores.

The top ten features multiple Harmony Queens, longtime barbershoppers, a large number of cross-registered Sweet Adelines quartets, and a handful of quartets brand new to Harmony, Incorporated. These groups will compete in finals on Saturday afternoon in Sandusky. Which quartet will be the new Harmony Queens?

In order of appearance:

Check out the full semifinal results HERE. Scores for the ton ten quartets will be announced after finals. 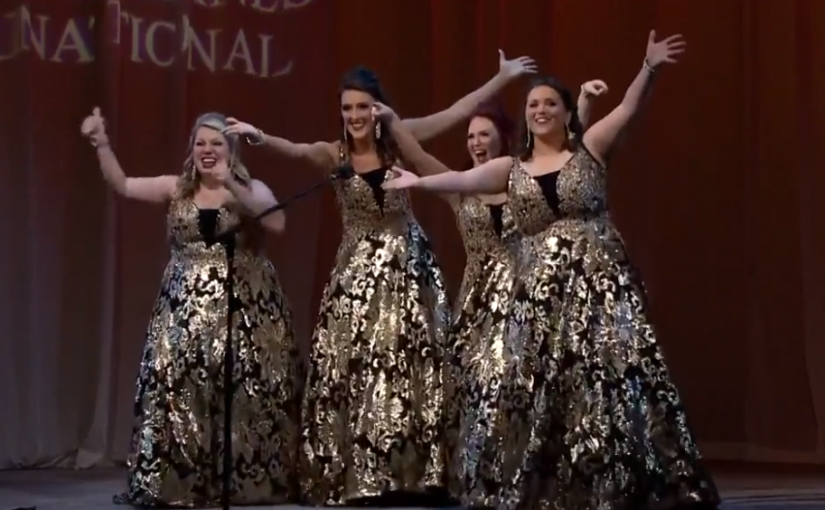